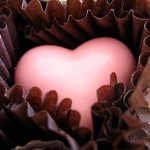 The Chocolates and Cha-Cha party is a dessert social geared toward increasing the visibility of the BNI Foundation in each of the BNI regions around the world. We are looking for co-hosts who are willing to organize the gatherings in your areas. These gatherings are not meant to be large, complicated events, but rather home parties for your BNI chapters or regions.

4 thoughts on “BNI Foundation to Host Worldwide Party in 2014”