I recently had the pleasure of talking with Butch Coatzee, Executive Director of the Eastern Cape of South Africa, about a recent donation to a children’s learning organization. This serves as a great example of life-changing progress for kids, and how BNI chapters all over the world are getting involved.

As a member of the Gately Rotary Club of East London and South Africa, Butch has been in contact with charitable organizations of all kinds. Their Early Childhood Development project provides training to Early Childhood Practitioners in rural areas, which is a much-needed service in most areas.

ITEC has helped them with this training for some time, teaching the caregivers about educational toys and techniques for inspiring children. These tools help kids develop skills in sorting shapes, solving puzzles, and learning colors alongside building fine motor skills. 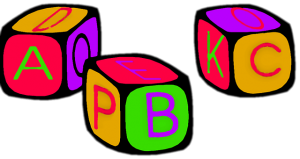 ITEC’s mission is to create learning and development opportunities for children by empowering those that teach them.

Butch became much more involved with ITEC while filming a recent video on their program. During the production he learned the workings of ITEC’s process, and also got to see firsthand the types of needs the kids and caregivers have. Looking for ways to help them be even more successful, Butch sought the involvement of BNI chapters to pool resources. With an extra push, he was certain the project could really gain momentum.

The call to action in BNI was met with enthusiasm, raising R10,000 as a donation for ITEC’s new library project. This will allow ITEC to purchase books written in the practioners’ own languages, varying by region, to allow non-English speaking folks to benefit from the advice and resources of the organization. This knowledge then becomes a direct benefit to the children.

“An investment in this area is an investment in the future,” says Gately Rotary Club foundation chairman Piet Bosch. “Early intervention in a child’s life will determine their physical, emotional, and cognitive development and improve their chances of living a better life.”