The beginnings of Care4Kenya go back to the Summer of 2013. In my Sales Manager Moment during one a BNI meeting, I asked for an introduction to a hairdresser. My then-Chapter President, Kimber Lee, referred me to Judy Kasue. I had a 1-2-1 with Judy who was not a BNI member at that time.  I was so impressed with Judy and her family as I learned about their humanitarian work in Kenya. When I mentioned that my teenage son, Dustin, was struggling with depression, Judy said, “Dustin should come to Kenya with us.”  When our families met in the summer of 2012, Dustin learned that 40% of Kenyans (approx. 16 million Kenyans) don’t have access to clean water. For the first time in years, Dustin caught a vision of how he was needed and that he could make a difference.

In his words, he describes how this impacted him:

Ever since I was a child, I have struggled with depression. The depression got so bad that I spent 18 months in treatment, including two facilities and a hospital. I have found that the only thing that has helped me through my rough times is helping others through their rough times.

After learning about the lack of clean water in Kenya, and how 10,000 children die every year from unsafe water, AND the distances people – even young children – have to walk to find water, I knew I had to do something! I thought about these people in Kenya every waking moment!  What if this was MY little brother walking 10 miles to get water?  What if it was your son? Your daughter? A desire to help them consumed me.

So Dustin started “Care4Kenya” and set a goal to raise money to build a clean water well in Kenya in the summer of 2014. Dustin was feeling lost in life, but now he has discovered part of his purpose in this cause, and he takes great pride in this work. The fire inside Dustin began to spread, and it caught on with several other teenagers, including my daughter, Bailey, who has a big heart of her own and has always been passionate and proactive about serving other people. The Kasue children (Esther, Emily, and Junior) know that their parents were among those children who had to walk 10 miles to get water. Having been to Kenya, they know firsthand the desperate need to bring clean water to the Kenyan people. When they heard that Dustin had set a goal to build a well, they were so excited and wanted to help, too. 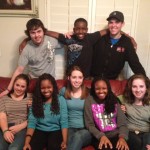 Coming full-circle, Kimber Lee’s son Nathan was inspired by their stories and became the 6th teenager to join the cause. At that point, “Team Kenya” set its sights on raising $60,000 to build 3 water wells this summer. The bios of each of the founding six teenagers is on the website: Care4Kenya. As you’ll discover on the website, although Care4Kenya began with Dustin’s desire to change himself while changing the world, each member of Team Kenya has a unique, personal connection to this cause and shares Dustin’s passion. More teenagers are joining this cause every month. 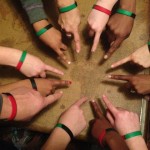 The teenagers of “Team Kenya” have been invited to present the Care4Kenya cause at no fewer than 10 BNI chapters in Salt Lake City, UT and Park City, UT, with chapter members and often the chapter itself making generous donations of time, money, and services to this great cause. These teenagers have gained valuable real-world experience and confidence by presenting to adult business owners in BNI. They have also appreciated the upbeat meetings and positive feedback they’ve received. They all love BNI and are often heard saying, “When I join BNI . . .”

Team Kenya must raise $3000 more to meet their goal. If you would like to contribute, please make your 100% tax deductible donation to the BNI Foundation and specify that your donation is for Team Kenya, or mail your check to BNI, 545 College Commerce Way, Upland, CA 91786 with Care4Kenya written in the memo line. If you have any questions about how to support our future BNI members, please email Beth.

Ivan and Beth will personally match donations made to support this effort until the remaining balance of $3000 is raised. Let’s get it done!

3 thoughts on “Member Spotlight on: Aaron Millar and Care4Kenya”