The Oregon & SW Washington BNI chapters used International Networking Week as an opportunity to bring members and local business leaders together to raise hundreds for local youth focused non-profits. The first event, a networking mixer in Vancouver, attracted 70 BNI members and local business professionals. All of the proceeds from the event were donated to Bridge the Gap, a nonprofit that provides resources to children in the foster care system.

Next in Portland, a networking mixer brought in over 100 BNI members and local business professionals. This event raised $500 in support of Young Entrepreneurs Business Week. This statewide, Oregon initiative helps to educate youth in business, leadership and teamwork while encouraging them to explore the business world through hands-on experiences.

“It was great to come together to network with local businesses and give back to the community at the same time! BNI Oregon & SW Washington is proud to support Bridge The Gap and Young Entrepreneurs Week,” said Mary Burleson, BNI Oregon & SW Washington’s Regional Communications Coordinator & Chapter Launch Coordinator. Congratulations to everyone involved for a successful couple of events.

Last year’s golf tournament was a success, raising thousands of dollars for the Boys and Girls Club. The folks involved in the Business Voices movement are preparing for the second annual golf tournament on September 30, which is a Friday. That gives the team the summer to put things in order for a fantastic day for the community.

This year’s golf tournament will be at the Maple Chase Country Club, and will feature raffles, swag bags full of goodies, and of course various golfing packages for visitors and their friends.

END_OF_DOCUMENT_TOKEN_TO_BE_REPLACED 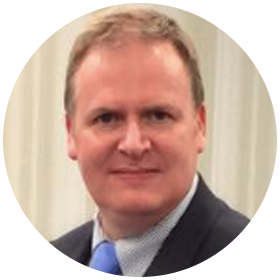